Posted at 18:30h in Adventures and Lifestyle by HassMan 0 Comments

After I came back from overseas I had to do an equivalent for my double degree. While I was at Uni I figured out I only had to attend the tutorials and none on the lectures. I made friends with some of the Chinese students as they always attended every single lecture unlike me. There were like 200 of them filling the front rows. All of them knew each other. They gave me their notes. All I had to do to pass is cram at the end of the semester before an exam which is what I have always done while at Uni. Perfect more time to spend at the Uni-bar when I am not working, that is where I met Zoe.

She was doing a double degree in Computer Science and Psychology. Man what a combination ??? I don’t see a connection between the two areas. I guess when she graduates that would make her a Nerdy Shrink … At least I was majoring in Accounting and Business Administration. The two areas are linked … The main thing is that a degree looks good on paper …

The first conversation we had was about her brother who had an accident while riding his motorbike. When people tell me stories like these the first thing I do is block my ears, shake my head and go la la la. I don’t mean to be rude but I am not interested in bike accidents or accidents in general. I ride a bike and I take that risk. I don’t need your advice as I can make up my own mind. Also if you don’t have the balls to do it don’t do it. I know it’s dangerous but as with anything if you have your safety down pat then things are less likely to go wrong. This time was an exception though. I listened to her story while playing pool as it involved a cute chick telling it, a bike and balls which made me laugh. Her brother was riding his bike while not paying attention he rammed into the car right in front of him when it stopped at the traffic lights. He squashed his balls when that happened. Now he has big balls i.e. they are bigger than the normal size. He can’t wear tight jeans anymore.

Zoe is a blond girl of Irish descent who was a checkout chick at Bilo (Supermarket in Australia which does not exist anymore). Her family lived in Whyalla. She was in Adelaide living in a unit on her own. Her brother (Big Balls) was in the army. It seemed as if Zoe was enjoying her newfound freedom as she could do what she wanted to do in the big city while studying to graduate. I liked that in her as she was responsible in addition to wanting to have fun. I was just the adventure she was waiting for. She was a little bit nervous the first time we did it. She was a good girl missionary position with the lights off being a little shy and all. A little inexperienced I must say but willing to try new things at the same time. Umm I was thinking to myself this is a cute girl, I need to enlighten her more as she was out of her element and willing to learn. I introduced her to many new things including sex outside the bedroom, playing with food and you can use your imagination for the rest …

She played netball twice a week. I always got a call on netball nights to come over after netball or I would go watch the mixed netball game then we’d go to her place after for a little more private tutoring where I was fucking her brains out. We also caught up at Uni during the day at times. This went on for two weeks then I couldn’t make it on the Tuesday of the third week. I went to watch the game on Thursday night. She had a friend there Sally. I am not sure how long they had known each other but by the body language, it didn’t seem long. I knew they were up to something as they were acting funny around me. I didn’t end up spending the night that night.

I got a call on Saturday night around 10 pm.

Hass: “I am out with some mates in town.”

Zoe:“We’re gonna come and get you.”

Hass: “This is going to be interesting!”

Hass: “Come in the next hour.”

Sally was staying the night with her dad who lived down south. The girls rocked up at 11 pm. They took me down to the beach. It was in the middle of winter and it was freezing cold. They started getting undressed. I mean I am crazy but not that crazy. They were going skinny dipping. I am up for adventure just not at 12 am on a cold winter’s night. I ended up going anyway as they were going to drag me into the water with my clothes on. The waves were crashing. I was cold to such a degree that I was screaming like a little bitch. Luckily I was underwater otherwise I would have poked someone in the eye that night with my hard nipples. I think we only lasted about half an hour. What made us last that long is the cuddling and using body heat to stay warm while in the water.

Sally was a naughty girl but inexperienced like Zoe I could sense it. They wanted me. I went what the heck … I ended up kissing her in the water … She kissed me back. Zoe was standing next to me touching me there was no way I was going to get turned on in this freezing water. My dick was frozen and it wasn’t going to wake up any time soon. We ended up getting out of the water. We all had hard nipples. My member shrunk and his mates shrivelled so badly to the degree I had to put my hand on them to cover them.

We went to Sally’s place. Her parents were separated. This weekend was Dad’s turn. He was away for the night. She got the fire going for us. We ended up having a shower all together then started kissing in front of the fire … I knew what the girls wanted. To make it more interesting we started playing strip poker while we had some pizza and wine. I was happy to get naked in front of the fireplace. It beats the beach on a cold wintry night.

I was winning and the girls were stripping then they were winning and I was stripping … I started kissing Zoe then I started fucking her doggy style while Sally watched. She was touching herself while she watched then she came closer. We started kissing. After a little while, she was under Zoe. Zoe was licking her clit … Sally then got up, pushed me on my back and started sucking my cock. I was touching Zoe’s boobs while kissing her then I felt this fluid on me. It didn’t feel like I had come yet but it felt like I had cum all over my dick. When I got up to have a look to see what happened there was this yellow-reddish fluid all over me. Nothing has ever come out of me looking like that. Sally had puked on me. I got up quickly and washed up. While I was in the bathroom I heard the front door open. I could hear a man’s voice. I guessed it was Sally’s dad as that was the only logical answer. I ran as fast as I could to the nearest window opened it then jumped out half-naked while getting dressed in the street. Not only was I in like Flynn but I was out like him.

We never talked after this. Two years later I was talking to my friend Angle form Sydney. She was describing this girl she met on the dance floor. It sounded like she was describing Zoe. I said is that girl’s name Zoe by any chance??? She said yeah she moved here from Adelaide and she has a brother in the army. It turned out Zoe moved there after she graduated to find a job. Angel was a bi stripper. Zoe had told her about our skinny dipping night. Angle didn’t realise it was me she was talking about. I asked Angel. Did you sleep with her??? She said no. She is a very cute girl who is straight. She was just experimenting on that skinny dipping night. She is also very grateful for the naughty times with you and said you pleasured her in ways more than words can describe … 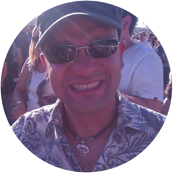 Thank you to Antonio for my first NFT in the Soldi

The #moon and the #nightsky in the Adelaide hills